Living in Ottawa vs. Toronto 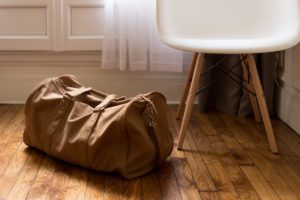 Moving to a new city is both stressful and exciting, especially if you’re trying to decide between two equally appealing cities like Ottawa and Toronto. Home may be where the heart is, but if your heart is still trying to make up its mind, you can feel as if you’re in a state of limbo. Let’s take a closer look at the features, benefits, and potential drawbacks of each one.

Is Ottawa a good place to live? Many residents will say it’s a fantastic place to call home and raise a family. In 2016, MoneySense Magazine named it the best place to live in Canada. Ottawa has a healthy economy, diverse private sector, and a high quality of life at a reasonable cost of living. If you’re looking for an appealing mix of big city living and small town approachability, Ottawa could be the place for you.

At first glance, the idea of moving to Toronto might make you feel like you’re biting off more than you can chew. With over six million residents, it’s the largest city in Canada and the fourth largest city in North America. If you’re ready for adventure, Toronto has some excellent job and recreational opportunities that will soon have you in love with it.

Which is Right for You?

Ottawa and Toronto are two of the most prominent cities in Canada, with a lot to offer new residents. This article provides an Ottawa vs. Toronto analysis that covers key variables such as the cost of living, mass transit availability, and recreational or cultural opportunities.

Housing becomes more expensive the closer you get to the downtown core, but you still pay much less than you would for similar housing in practically all of Canada’s big cities, with the possible exception of Montreal.

Toronto is much more expensive. See below.

Depending on your economic situation, Toronto can be cost-prohibitive for families. Younger singles willing to share an apartment with roommates may fare better. Having said that, more affordable opportunities occasionally appear, often from private landlords. If you find one, congratulations!

When you compare the cost of living in Ottawa vs. Toronto, the differences are eye-opening. According to Numbeo, you would need approximately $5,983 (Toronto) to maintain the same standard of living that would cost you $4,900 (Ottawa). Toronto grocery prices are an average of 17.28% higher than in Ottawa. If you enjoy eating out, you can expect to spend 8.74% more in Toronto restaurants. If you attempt to save money by taking the bus to work instead of investing in a car, you’ll pay $146 for a monthly Toronto Transit Commission (TTC) pass while Ottawa-Carleton (OC) Transpo passes cost $116. That’s a difference of nearly 26%.

Ottawa is primarily a government town, so the employment market isn’t necessarily dependant on potentially volatile sectors like retail, manufacturing, and resources. Although there are occasional layoffs when a new government is voted in, you don’t see the drastic ups and downs that occur in cities that rely on other industries. The downside is that most well-paying civil service positions require you to be bilingual (English and French), so if you come from an anglophone province or community, your prospects are more limited.

Toronto is home to a broader variety of industries, so if you’re looking for a job in tech, media, or the arts, you have lots of opportunities to pursue. Google, Shopify, and Uber all have offices there, so if you have a tech background, you’re sure to find your niche. The Financial District attracts those seeking careers in business and the banking industry. If you’re an aspiring entrepreneur who would rather work for yourself than someone else, Toronto is full of co-working spaces with affordable offices and great networking opportunities.

If you’ve lived in more cosmopolitan cities like Montreal or Vancouver, life in Ottawa will seem a little dull in comparison. If you’re a sports fan, you’ll have plenty of opportunity to watch games at the Canadian Tire Centre. There are also nightclubs, galleries, museums, and live concerts, but not on the same scale as Toronto, which offers world-class attractions like Canada’s Wonderland, Castle Loma, and Ripley’s Aquarium. If access to a wide range of unique and world-renowned recreation opportunities is important, you might not enjoy living in Ottawa vs. living in Toronto.

Did you know that Ottawa has one of the highest percentages of parks to residents? These green spaces range from small neighbourhood playgrounds to larger areas with bicycle paths, picnic areas, and small forests. If you’re an outdoors enthusiast, you can bike along the river in summer and skate on the Rideau Canal in summer. If you’re in the mood for a hike or skiing expedition, the Gatineau Hills are just across the river in Québec.

Toronto doesn’t compare well to Ottawa in this category. Although there are small parks in the downtown core (e.g. High Park and Allen Gardens) and boating on Lake Ontario is a popular pastime, those who love outdoor sports like camping, hiking, and rock climbing may have to leave the city limits to get their fix.

So, what’s the verdict? Should you make Toronto or Ottawa your next home? As you can see, there are major benefits and specific downsides to living in either city, and you need to weigh them all before deciding on one. Depending on your situation, some obstacles may be insignificant and certain benefits will hold no appeal. Whatever you decide, Ottawa and Toronto are excellent places to work, play, and raise a family, so you’re really facing a win-win situation.