There are a lot of reasons why people aspire to call Toronto home. It has vibrant multicultural neighbourhoods, a thriving arts, fashion, and entertainment scene, and a robust economy backed by an extensive public transportation system. There are also exciting festivals taking place year-round, from BuskerFest and Caribana to Nuit Blanche and the Christmas Market, making life in Toronto seem like one long celebration.

It also can be very costly to live in Toronto, which is why so many people don’t make it past the aspiration stage or, if they do, disposable income becomes a rare commodity, especially if you are young and single.

Although Toronto was named Youthful City of the Year in 2014 and ranks high for youth employment, Toronto’s living expenses are rising at a rate that isn’t always friendly towards those beginning to make their mark in life. 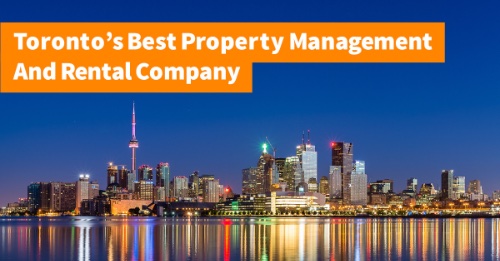 A survey by rate comparison site LowestRates.ca found that in 2018 it costs a young single $400 more per year than the previous year to cover the basics of modern life in the city.

Is living in Toronto expensive for all age groups and families? Below is a detailed breakdown of what you can expect to pay for necessities and little perks alike:

The average monthly cost of renting a one-bedroom apartment is $1,825.00. Utilities in Toronto currently add around $149.92 to that total. When you’re working at your first job out of university, rental costs can easily eat up an entire paycheck. (Can anyone say ‘Roommate wanted’?) A two-bedroom average $1,919, and a four-bedroom large enough to house a small family will set you back $2,584 a month on average.

If you’re thinking about buying a home, prices vary according to property size and neighbourhood, but in February 2018, the Toronto Real Estate Board said that the average selling price of a detached home was $1,283,981. That makes housing arguably the biggest contributor to the high cost of living in Toronto.

According to the Nutritious Food Basket Calculator, a single man between the ages of 19 and 30 spends an average of $319.87 per month on groceries in Toronto, while a woman typically spends $247.33.

A family of four with two children aged between nine and 13 can expect to pay $823.61. In terms of individual groceries, a pound of boneless chicken breast in most grocery stores is $7.00, a dozen eggs average $4.00, and 16 oz of local cheese costs $11.00. While food isn’t the highest living expense in Toronto, it does cost more than in other cities, such as neighbouring Hamilton.

Getting around in Toronto using the TTC (Toronto Transit Commission) costs $3.25 one way if you’re paying a cash fare and $3.00 if you’re using tokens or a Presto card. That’s an average of $30 a week to or from work, so if you use public transit often, it makes more sense to spend $146.25 per month on a MetroPass. Taxicabs start the meter at $4.25 the moment you step into the vehicle, and Uber costs vary depending on destination and whether or not you’re splitting the ride.

Thanks to the increasingly competitive spirit among Ontario telecom providers, phone and Internet costs have gone down substantially. For $79.95 per month, Bell offers a plan that includes 25 Mbps download speed, 10 Mbps upload speed, and 350 gigabytes in monthly usage.

Tekksavvy, which is also popular in Toronto, charges $49.95 a month for a plan with speeds of up to 25 Mbps down and 10 Mbps up.

Cell phone plans vary from one provider to the next. Bell and Rogers both have a plan with unlimited local calls, unlimited texting, and 1GB of data for $85.00 (the Bell family plan, which offers the same features, is $65.00 per person). Freedom Mobile has a similar plan for $60, only with 10GB of data.

When you’re enjoying drinks at a Toronto bar or restaurant, you can expect to pay around $10 per beverage, including tip. If cocktails are your preference, your tab can increase to the tune of $20.00 per drink. (Unless you’re splurging at Ritz-Carlton Toronto, which is home to the city’s infamous $600 cocktail.)

Two tickets to the movies cost around $29.00 unless you take advantage of Tuesday’s cheap nights’, in which case you pay $7.50 per ticket. Neither of these prices includes drinks and popcorn.

For many busy professionals, a gym membership is essential for de-stressing and maintaining a healthy body. In Toronto, the average cost of a gym membership is $53.67. This price covers facilities at the cheaper end of the spectrum, such as the YMCA or GoodLife.

The figures above do not include extras like haircuts, clothing, new shoes, or even a cup of coffee at your favourite Starbucks ($1.85 for a tall brew). The standard of living in Toronto being as high as it is, analysts at LowestRates.ca concluded that it costs an average of $2,740 per month to make ends meet, up from $2,350 the year before. In terms of salary, this means that a single person needs to be earning at least $40,583 a year before tax, compared to $35,000 in 2017.

With the living cost in Toronto being what it currently is, individuals and families thinking about moving there may have to budget accordingly. If you are single, it might make sense to find a roommate to share expenses until you ascend the career ladder.

If you have a family, renting may be easier than buying until house prices change or your household income goes up. In either case, living in Toronto has its benefits. The fast-paced business environment has created financial success for many arrivals, while the broad cultural landscape opens your eyes to new possibilities. Toronto is indeed a city loaded with potential for those ready to take advantage of it.